"Jacob's Ladder" is the last of the puzzles I ordered from BrilliantPuzzles with the gift certificate I won in December 2014 in Gabriel Fernandez's puzzle competition. The other two puzzles were "Two Lovers" and "Moon Walker". 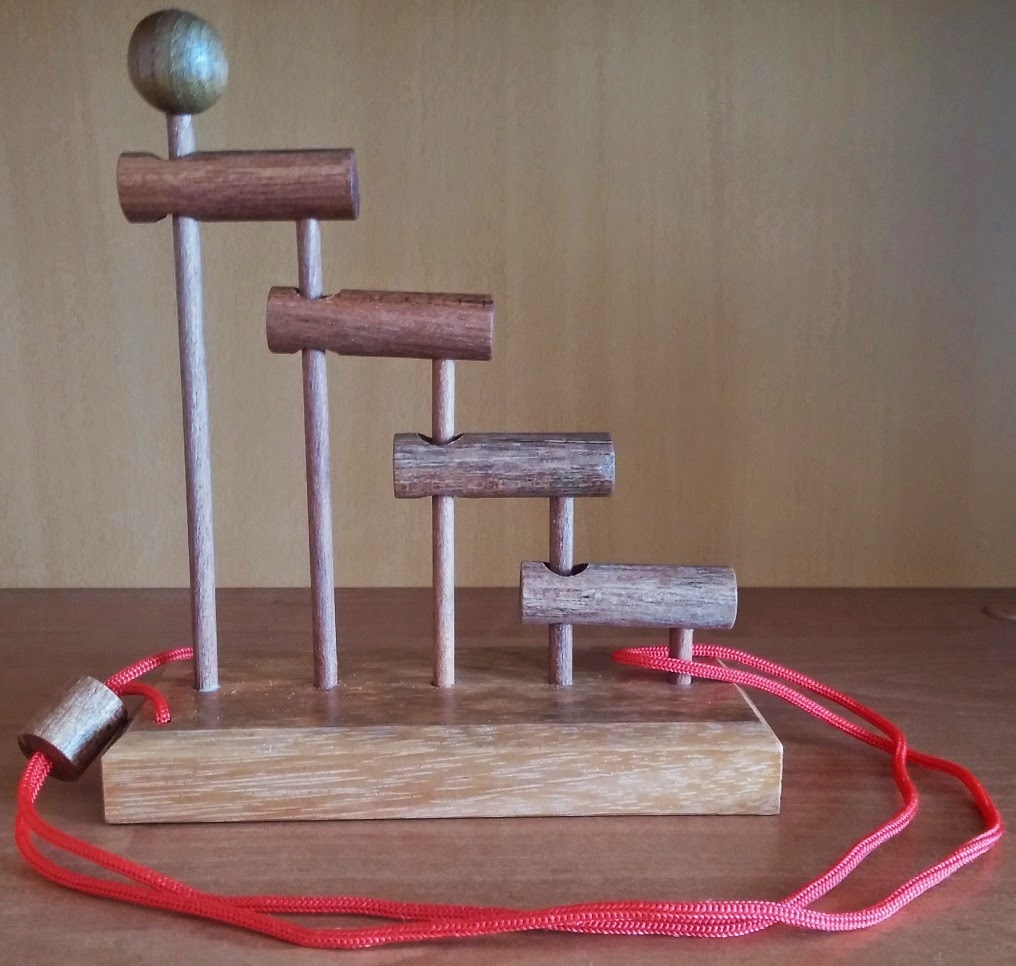 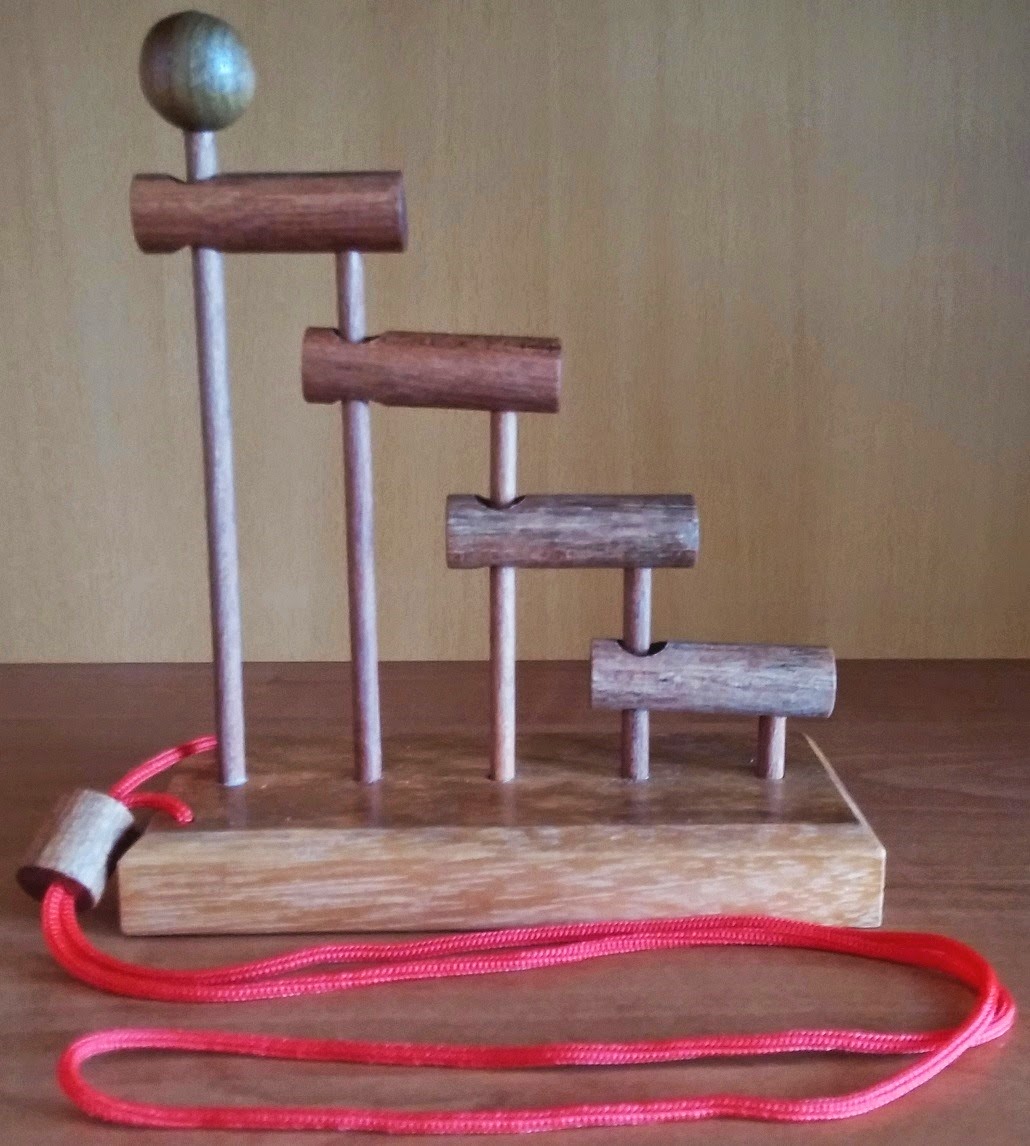 To be honest, I enjoyed this puzzle one level less than "Moon Walker". The two have identical idea, only the position of the elements of the puzzles are different. This one has the sticks with the opening arranged next to each other, horizontally, each pointing vertically. I believe that if you have not solved any such puzzle before (in terms of the idea), either puzzle would present a good challenge at familiarizing you with it. But if you already know any of that type, the next one would be easier and less fun. That is what happened to me. Adding that fact that I had them together and solved them one after the other, I think it made me get the idea pretty well and implement it on "Jacob's Ladder" very quickly, with no trials and errors. I can't even remember if I have ever had any errors on doing the solution of this puzzle. Of course, if it was completely new concept for me, I would have many difficulties, but now I am sure I got it more than perfectly.
Anyway, one thing that caught my attention for "Jacob's Ladder" was that on the picture on the site it looked differently than actual. When I got it, I found out that the holes through which the sticks pass, are smaller that the ones on the picture. That made moving the string through that holes tricky at some points. Also as per the puzzle's description, it is enough to remove the string from the sticks (it cannot be taken completely from the rest of the puzzle), but in fact you can remove afterwards the bead from the stick. Not that it matters that much, but it is something I noticed that makes reality different from the information about the puzzle.
Finally, here are my ratings for "Jacob's Ladder":
Idea: 6
Implementation: 3
Experience: 3
Difficulty: 3
(The last two - because of my copy of the puzzle; otherwise they might have been higher.)
Overall: 3.75
I have seen other similar puzzles with the same structure, and I would not strictly recommend this one, but let the choice to you. What I would recommend indeed is the idea and the concept - if you are not already familiar with it, you should get it.
Posted by Unknown at 5:41 PM