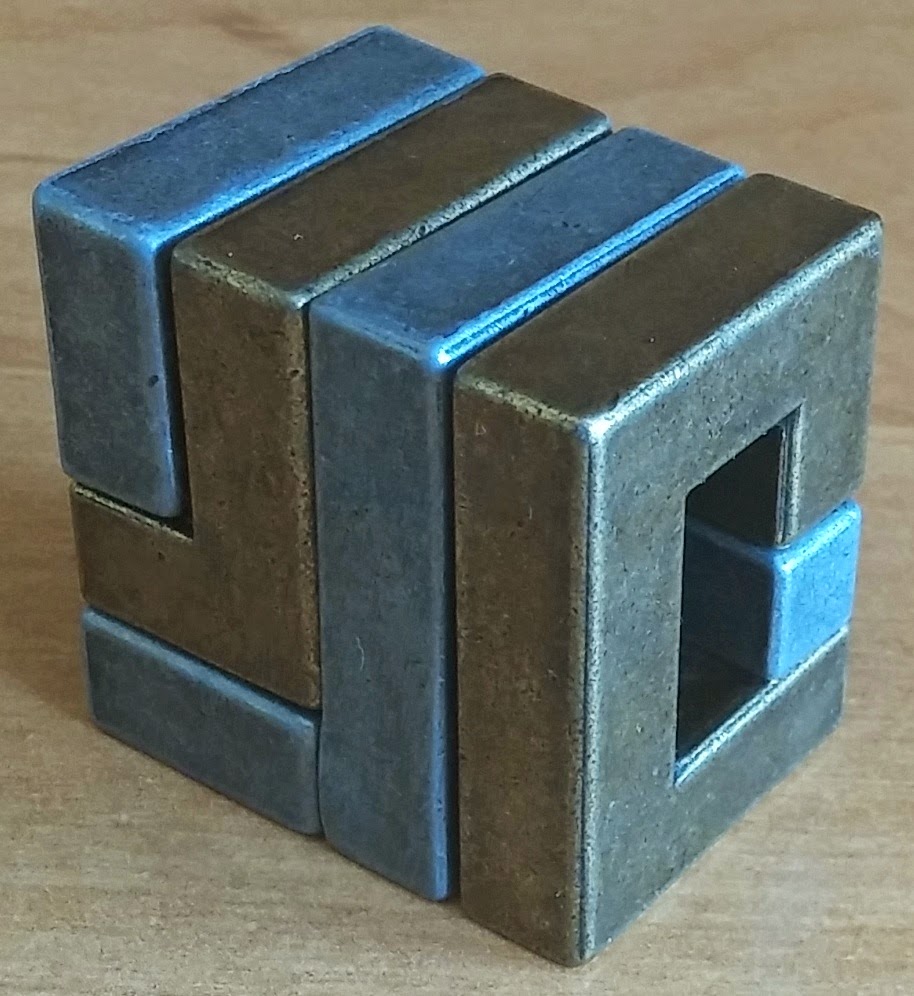 I am having mixed feelings about "Cast Coil".
First, the design. The material (or at least the look) is so strange. I both like it and dislike it. I like that they made it look this way - a few Hanayama puzzles are looking like this, although "Cast Coil" has this blueish/grayish color which I have never seen used for the other Hanayama puzzles (although "Cast Plate" might be similar - I don't own it to say for sure). But then, it looks so dark in general, that I associate it with something unpleasant.
Indeed! Moving to the difficulty of this puzzle and finding the solution in general - this has not been a joyful task for me. I first encountered this puzzle when I bought it for a friend of mine for his birthday. Of course, being his first puzzle, he separated the two pieces, but did not how and was not able to put the back together. Then, I tried to help, but, going for the assemble of "Cast Coil" without even experimenting with the disassemble, was a hard job. Anyway, I looked up a video solution on internet and put the pieces back together. My friend did not want to separate them any more.
Some time later, I got "Cast Coil" in my collection. At that time I have already forgotten what I have seen on that video, so it was a new challenge for me. However, having experience with a lot of (Hanayama Cast) puzzles, I found the solution relatively easy. After that, I was determined to memorize the solution (after all, I was going to make a video solution for it for PuzzleMaster Canada). It took me some time. And, finally, after seeing the intended solution, it took me a lot more time to experiment with doing it from a different angle. What I mean is that there is only one solution to the puzzle, but you can do it by looking at the puzzle at different sides. Sometimes I use this method to challenge myself further in solving a puzzle. It is very interesting and fun, especially if I have memorized particular moves. And it is like solving a new puzzle! 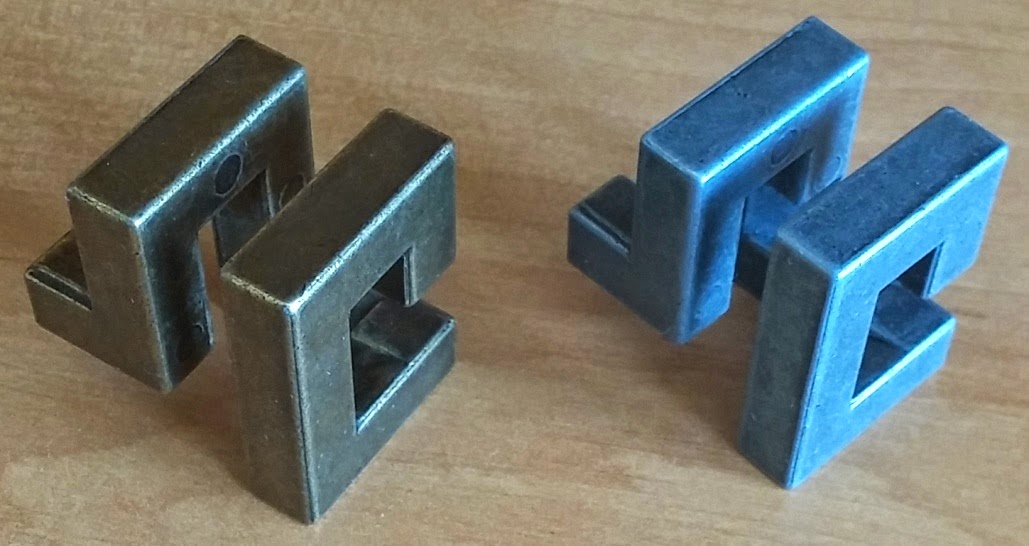 My final ratings for "Cast Coil" are:
Idea: 3
Implementation: 4 (only because it requires a lot of brains to come up with the structure of two identical pieces, IMO)
Experience: 3
Difficulty: 4
Overall: 3.5
I would not recommend it to everyone, but people who like challenges should try it. Every move is unexpected - keep this in mind and don't limit yourself to the x or y axis only!
Posted by Unknown at 6:30 PM