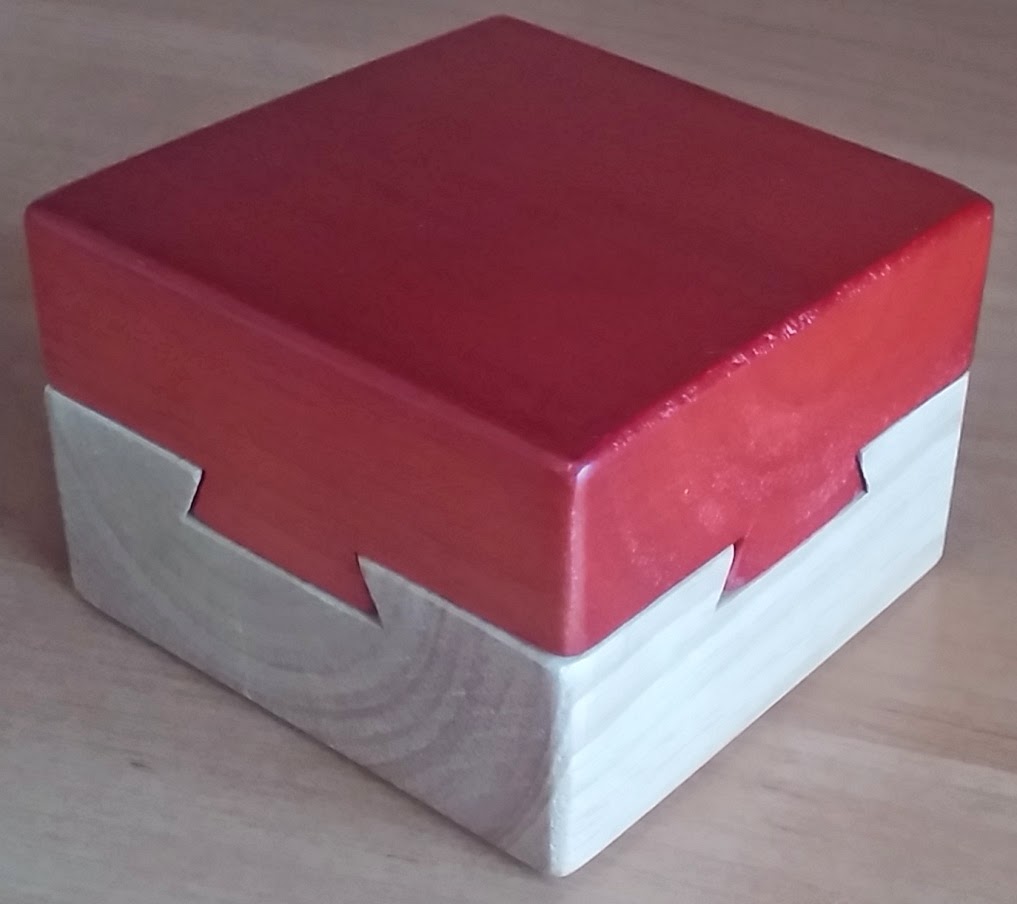 "Deja Vu" is an "open-the-box" puzzle. It is indeed like a box - inside there is small space between the two pieces, where you can store something not to be visible. Opening this box is very fast, but requires a lot of knowledge to do. Of course, don't keep the most valuable thing you have in there, because a thief could come up with the idea of checking it and ruining the puzzle for you in search of the hidden.  Or they might even know how to solve this puzzle.
When I solved it the first time, I got a "deja vu". It means I already had a similar puzzle before it and solving this was like encountering that concept inside again. I think it fulfilled its purpose for me being a "Deja Vu". And yes - a small hint for those interested - I have already made a review of the other puzzle in my blog.
To be honest, I like "Deja Vu" more than the other puzzle I have, which represents the same idea. And it is not because it is more intuitive or easy, but because when you solve it, you are able to see with your bare eyes how and why the solution works. Then you will be amazed by the idea and certainly will remember it for good. With this, I am not referring only to the hidden trick inside for opening, but also for the way the two pieces could be separated once the first half of the solution is applied. Yes, you might come up with the idea for the second part of the solution without even knowing what the first should be.
What I got to know also about this puzzle is the fact that there are other puzzles like this, with the same outer shape of the two pieces, but different colors. I can't tell if the inside is the same, or even the solution, as I don't own the others, but if they were different, I would definitely try some of the rest. Some are known as "Dovetail", I suppose because of the shape of the middle of each side of the two pieces - they look like bird tails. And they seem to make the two pieces impossible to pull aside, although they must have been pushed together somehow. I will leave this up to you.
Finally, here are my ratings:
Idea: 6
Implementation: 3 (in general, the wood seems pretty basic and I think no special instruments or measures were needed to make this one)
Experience: 4
Difficulty: 4 (it is rated by PuzzleMaster only at level 7 from 6 to 10, which I think is low)
Overall: 4.25
You can get "Deja Vu" from PuzzleMaster. Check it here.
Posted by Unknown at 9:57 PM