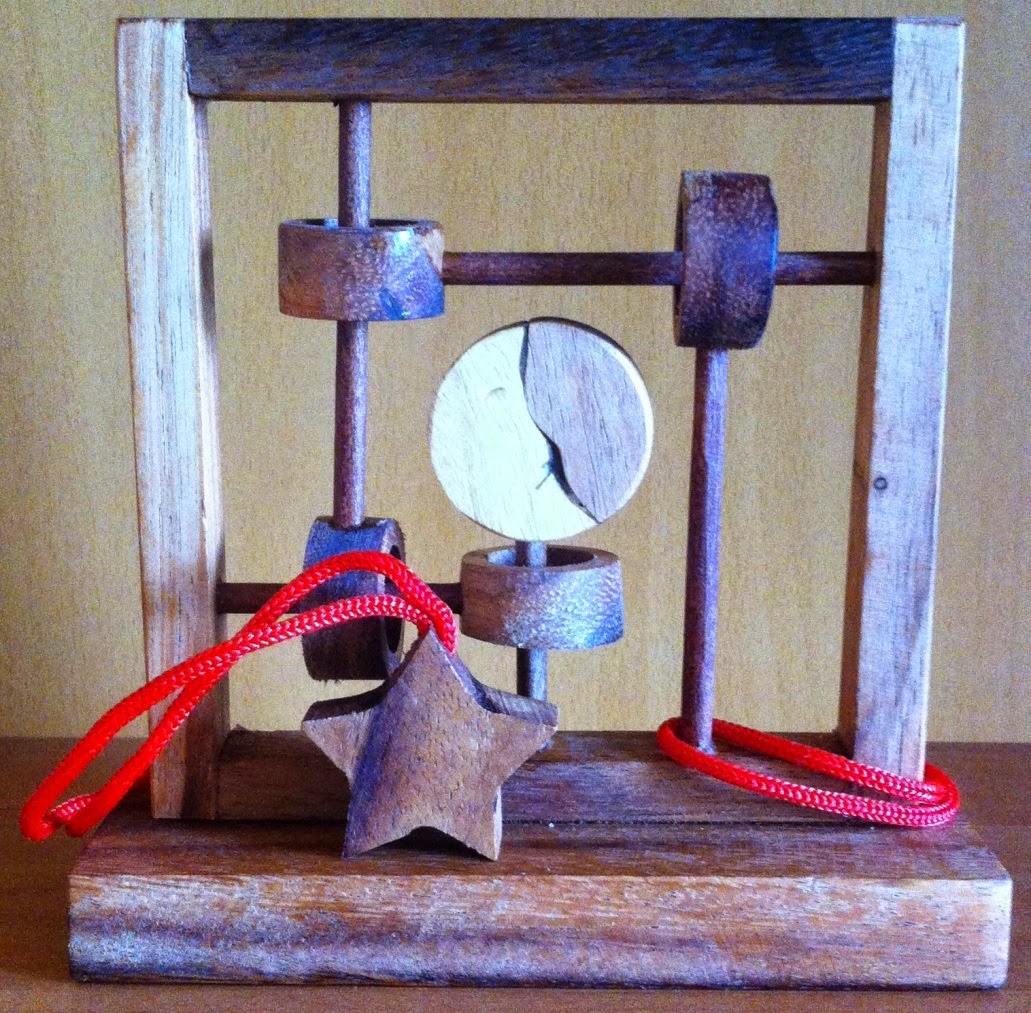 "Moon Walker" is the second of the three puzzles I ordered from BrilliantPuzzles with the gift certificate I won in December 2014 in Gabriel Fernandez's puzzle competition.
It represents a very famous idea. There is a frame and there are sticks inside the frame. Each stick ends in a loop, except for the last stick, which is not needed to end in a loop. In this variant of the puzzle the last stick ends in a moon object. Then, each stick passes through the loop of the previous one. Thus, one interesting construction is formed. There is also a string - a closed one, with a bead or some other object on it. "Moon Walker" has a star on the string, which make you associate the puzzle with space and moon even more.
When I was choosing which puzzles to order from BrilliantPuzzles, I was sure that I wanted this particular idea in my collection. Then, I had to choose between two versions. And I am happy I stopped at this one - as I later nhoticed, the other one is easier, as it has one less stick, and it also does not look that nice as this one.
The idea of the puzzle is to separate the string from the rest of the puzzle. The string comes around the first, the longest stick. In order to take it away, you need to find out how the string must pass through the sticks and the loops. As BrilliantPuzzles advice - you should be aware not to complicate the puzzle by doing unnecessary moves of the string. I believe it (complicating) could be easily achieved, due to the specifics of the puzzle. And, if course, if you don't have experience with such types of puzzles.
My copy of the puzzle came full, but the string was not on its intended start position. Instead, it was hooked on the last stick, the one with the moon on it. This made the puzzle far easier than it could have been was the string on the correct initial place. With this setup, I was able to instantly apprehend how the solution should work. Of course, I had the task to do the puzzle in reverse order - put the string back, instead of separating it from the rest. I thought this would be harder. But after going for putting the string on the second, then third, and so on, stick, I solved the puzzle without complicating it with redundant moves.
So, despite having my full fun reduced a little, I still like "Moon Walker" very much. On my first two or three times I was able to do it perfectly fine. But then, I started messing around and had difficulties in solving it holus-bolus. Maybe it is then when I found the obstacles that this puzzle can offer. I also have found two approaches and both can work in the solution. One of them could be used in one way, and the other - in the other way of the solution, but it is not necessary. If you use one and the same approach on separating and putting the string back, it will work as well. Here, by approach, I mean consecutive steps and movements of the string.
Being a wood-and-string puzzle, the wood not the best out there, and having the above-mentioned experience with it, I would rate "Moon Walker" this way:
Idea: 6
Implementation: 3
Experience: 4
Difficulty: 3
(The last two - because of my copy of the puzzle; otherwise they might have been higher.)
Overall: 4
I recommend this puzzle to everyone who is not afraid of string puzzles. Give it a try, if you have not already solved this idea, and have fun! 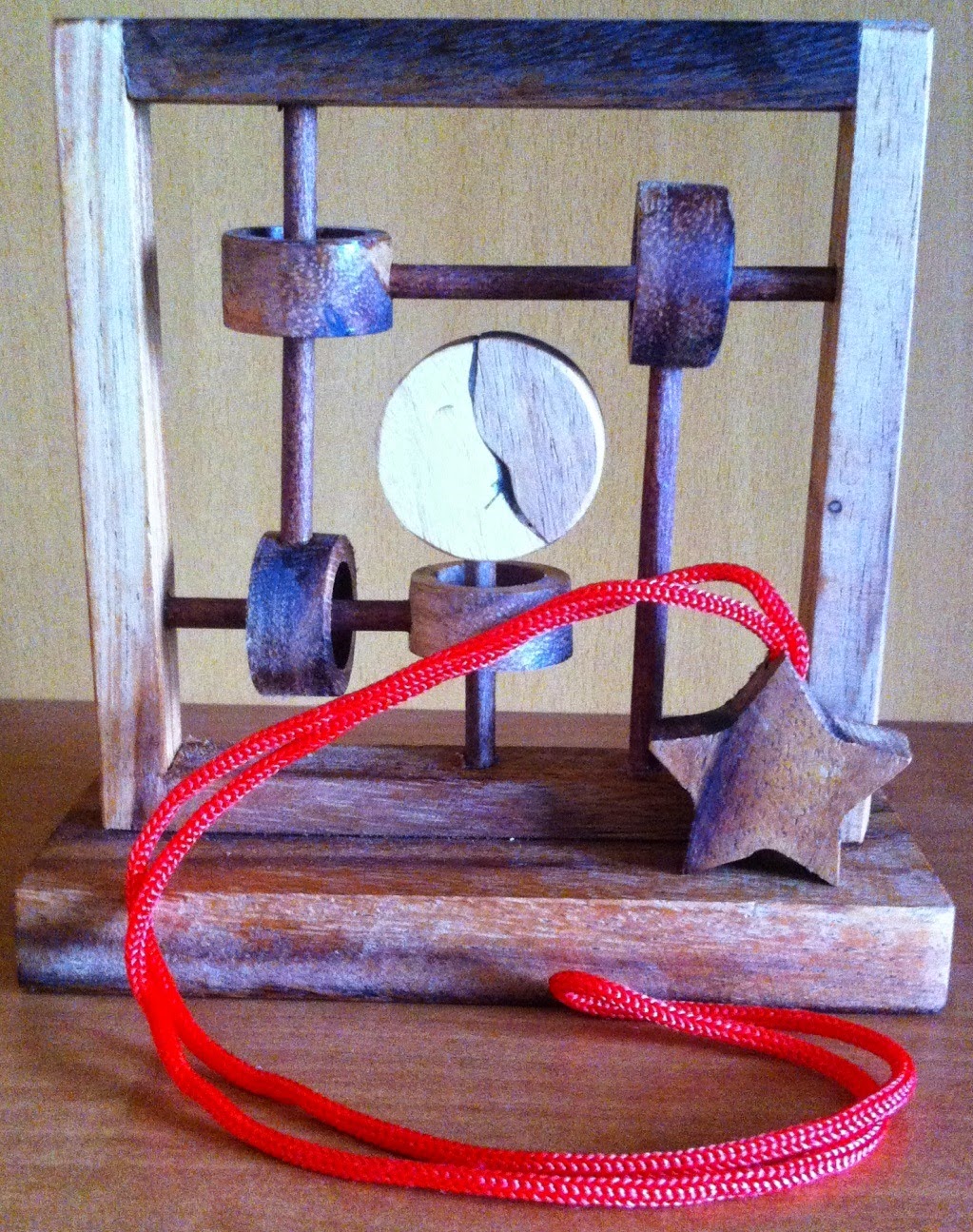